Give an Unforgettable Experience

Join expert teachers as you learn the fundamentals of improv in this virtual class.

Get ready to improvise as you dive headfirst into this online improv class uncovering the skills and techniques necessary to begin your adventure in the performance arts. Students will learn what it takes to become a professional improv performer with a multitude of emotions, including sad, angry, happy and funny all from the comforts of your home. Take your newly learned skills and implement them in a variety of situations from public speaking to social interactions.

Had an amazing time. A lot of fun. I was nervous because i didn't know what to expect and I got a little one on one attention as I was the only student. It definitely has sparked greater interest in me to want to learn more improv. 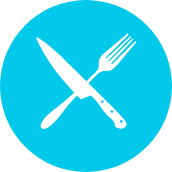 Instructor Carl is a comedy performer, actor, director, writer and teacher with nearly two decades of industry experience. He has worked with groups including Chicago City Limits, Comedy Central, the Today Show, NBC, NPR, ABC, MTV and VH1. Instructor Carl has performed thousands of comedy shows and written and staged over 300 parody songs. In his spare time, he enjoys teaching others about the exciting world of performance and acting!